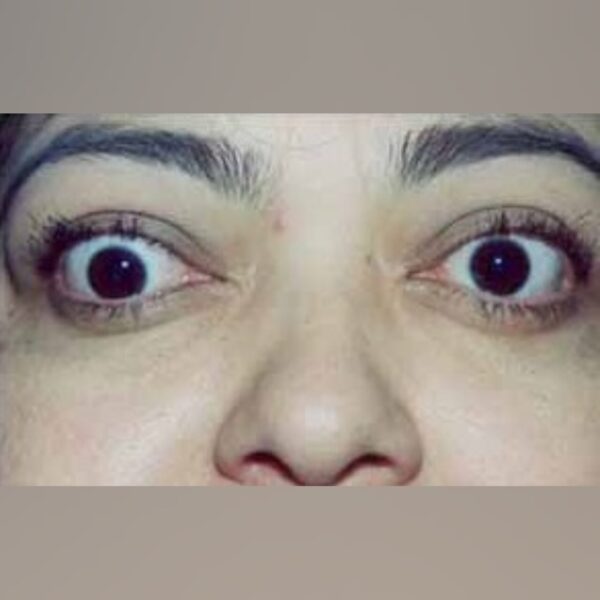 Thyroid Eye Disease – This patient had thyroid eye disease. In this disease the muscles and fat behind the eyeball are swollen and enlarged pushing the eyes forward, pulling the upper eyelids backward. The stiff and large muscles pull the eyes out of position. This patient underwent several procedures starting with removal of some of the swollen fat behind the eyelid (orbital fat decompression). Then removing bone to expand the bony socket and give it greater volume this lets the swollen muscles fill and lets the eyeballs go back into a more normal position. After the muscles of the eyeballs were realigned to give her single rather than double vision, the eyelid levels were adjusted to bring them into their current, more normal, position. She also underwent upper eyelid blepharoplasty to remove some of the swollen fat in the upper eyelids which also resulted from the thyroid eye disease.

View all posts by David